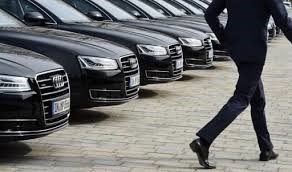 Company car purchases fall under specific VAT rules which determine whether the liability can be reclaimed and strict business use only limits. Sarah Kay, technical writer, Croner-i explains the rules

When a business purchases, imports or makes and intra-EU acquisition of a car an automatic restriction on input tax recovery may apply, ie, any input tax incurred is irrecoverable regardless of whether or not the car is used by the business to make taxable supplies.

But note that Northern Ireland continues to be part of the EU single market and, therefore, Northern Irish businesses continue to be required to account for acquisition VAT when purchasing goods from EU VAT registered suppliers.

In this article, we will review how cars are defined for the purposes of the input tax block, the expenses to which the block applies and the (limited) circumstances in which the automatic block does not apply.

In the interests of clarity, in this article, the term ‘purchase’ is used as a short hand to include VAT incurred on importation and acquisition.

Definition of a car

It is important to remember that the block only applies to cars; vehicles which are not cars are not covered by the block and input tax incurred on these is recoverable according to the normal rules.

The definition of a car can be found in section 2 of VAT Notice 700/64 ‘VAT on motoring expenses’. This guidance accurately reflects the law on the input tax restriction (contained in art. 2 VAT (Input tax) Order 1992 SI 1992/3222) and states that (emphasis added):

A car for VAT purposes is any motor vehicle of a kind normally used on public roads which has three or more wheels and either:

The following are not cars for VAT purposes:

In the vast majority of cases determining whether or not a vehicle is a car is straightforward. However, the ‘payload test’ highlighted above is often overlooked. There are many vehicles, e.g. SUVs, combi vans or car-derived vans, which, while they appear car-like (in that they are used to carry passengers and have passenger seats behind the driver’s seat) have a payload of one tonne or more.

The payload of a vehicle can be confirmed using the manufacturer’s specifications and if it is one tonne or more, it is not a motor car for VAT purposes and the input tax block does not apply. Many manufacturers use the payload as part of their promotional material, eg, advertising that it has a ‘VAT friendly payload’.

If a vehicle has a payload of less than one tonne it is necessary to consider its individual characteristics to determine whether or not it is a car for VAT purposes. Practical guidance on the approach taken by HMRC can be found in HMRC manual VIT50300.

In summary, as a first step, HMRC refers back to the test set out at para. 2.1 of Notice 700/64, ie, is the vehicle constructed mainly for the carriage of passengers? This question could, for example, be answered by reference to the relative size of the areas for the carriage of passengers and carriage of goods. HMRC publishes a list of models of car derived and combination vans which confirms whether they are regarded as cars or vans for the purposes of the input tax restriction. It is available here.

However, if a car is converted into a van after it has been purchased it is not possible to go back and recover VAT incurred on its initial purchase. Although if the conversion is undertaken for a business purpose any input tax incurred is recoverable according to the business’s partial exemption position.

Similarly, if a van is purchased with the intention of converting it into a car, it will be treated as a car for VAT purposes and VAT incurred on its purchase is not claimable. If a van on which input tax was recovered is converted into a car after purchase, a self-supply charge is triggered and the business must account for output tax at this point (VAT (Cars) Order 1992 SI 1992/3122, art. 5).

Businesses purchasing vehicles for conversion should refer to the guidance contained in HMRC manual VIT51800 and subsequent pages.

Expenses to which the block applies

The block applies to VAT incurred on the purchase of a car. This includes the cost of any accessories included with the car at purchase, even if they are separately itemised on the sales invoice. However, if accessories, eg, sat nav or a tow bar, are purchased later they are not covered by the automatic input tax block and any VAT incurred is recoverable according to the normal rules.

When the automatic block does not apply

The input tax block applying to the purchase of a car does not apply in some, limited, circumstances. These are that either:

Some businesses own one or more pool cars for business purposes. Provided that these three conditions are met, HMRC should accept that a pool car is unavailable for private motoring (HMRC Manual VIT52700). The car should be:

(1) usually kept at the principal place of business;

(2) not allocated to an individual; and

(3) not kept at an employees home.

In respect of cars which are not pool cars, the test applied by HMRC is whether the car ‘has the potential for private use’, not whether there is any actual private use (HMRC Manual VIT54800). This test derives from case law and it is applied strictly.

It is extremely difficult for a sole proprietor or partner to purchase a car which does not have the potential for private use. The authority in this area is the Court of Appeal decision in Upton (t/a Fagomatic) [2002] BVC 541. Mr Upton was a sole proprietor who supplied and serviced cigarette vending machines in London nightclubs. He purchased a Lamborghini for business use and made a claim to recover the VAT incurred.

Upton argued that he needed a high status vehicle for his business and provided evidence that it was used exclusively for business purposes. However, as the Court of Appeal noted, there were no barriers, either physical or legal, which would have prevented Upton using the Lamborghini privately and his claim failed.

Upton was followed by the Upper Tribunal in Shaw [2007] BVC 854. This case concerned a farmer who purchased a four wheel drive vehicle for use on his farm. He had several ‘personal vehicles’ for private motoring. As was the case for Upton, Mr Shaw’s claim failed because, although it was purchased for exclusive business use, it was possible for the motor car to have been used privately.

It is much easier to demonstrate a lack of potential for private use if a car is purchased by a company for use by company employees or directors. As an example, rendering it a breach of contract for a director or employee to use a vehicle privately is considered a strong barrier to private use.

The Court of Appeal decision in Elm Milk Ltd [2006] BVC 296 is a lead authority when it comes to considering legal barriers to private use. The case is interesting because it concerns a motor car purchased by a company for use by its sole director who was also a shareholder, with the other shares being owned by family members.

A board decision recorded in writing that the car had been purchased for business use by the director, that there was no intention for the car to be used privately and that the insurance would not permit use of the car other than by the company.

The Court of Appeal concluded that the contractual restriction on private use was adequate and found that (notwithstanding the fact that the shareholders were related to the director) the company had put strong enough restrictions in place.

Elm Milk Ltd has been successfully relied upon in many cases that have come before the courts. However, companies seeking to rely on the precedent are advised to refer directly to the case and also to HMRC’s guidance (VIT54800).

Any contractual restrictions on private use must be reflected by the reality of the use of the vehicle. If, in practice, the use of vehicles is not monitored or controlled in some way, HMRC may disregard clauses in the contract.

As discovered by Venda Valet Ltd [2016] TC 05321 and Vickers Reynolds & Co (Lye) Ltd [2007] BVC 4,028 if a company’s contractual restrictions are inadequate, input tax recovery will be blocked as the ‘unavailable for private use’ test will not be met.

Charging for private use

If a charge is made for the private use of a vehicle which is used for business purposes, the input tax block does not apply (the hiring of a vehicle being a business activity) and output tax is due on the hire charge.

Businesses which permit employees, directors or other persons to use their vehicles privately in exchange for a hire charge must ensure that the charge is set at a commercial level. Charging a non-commercial fee is regarded as making the vehicle available for private use (VAT (Input Tax) Order 1992 SI 1992/3222 art. 7(2G)(a)).

If a car is used primarily for a relevant purpose, ie, as a taxi, for self-drive hire or for driving instruction, input tax recovery is not blocked, even if there is some private use.

Thus, for example, a driving instructor could recover VAT incurred on the purchase of a car even if it was their only vehicle and it was used for some private driving. However, businesses in this position should be mindful that use must be primarily for a relevant purpose and assess each case on its own merits.

We do not have space in this article to consider the position of motor dealers and traders in detail. The motor cars purchased as stock in trade by dealers, for hire by car leasing firms or as demonstrator vehicles are normally treated as having exclusive business use and the input tax block does not apply.

Such businesses must be mindful that private use of vehicles (unless a commercial charge is made, see above) could either trigger an output tax charge or prejudice input tax recovery in the first place and consult the relevant HMRC guidance.

Although it is relatively well known that an input tax block applies to the purchase of a car which is not exclusively for a business purpose, the detail of the definition of a car and the strictness of the exclusive business use condition are often overlooked. 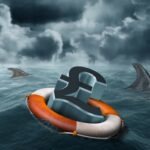 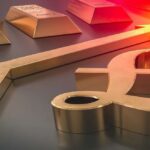